Santa's Secret Gift is a game about throwing gifts and avoiding spikes to reach the delicious milk and cookies!

Press Z to throw a gift at some place you can't reach and press Z again to become the gift and teleport yourself.

Support me on Patreon and download the source files!

playing on a ps4 controller is hard because the d pad is separated into four cutouts unlike an xbox controller. it actually doesn't even look like it would be any better on an xbox controller. it would feel much better if the jump button was left bumper, the moving was left stick, and the throwing was right bumper. also regarding the keyboard controls, wasd support is really important since most people are more comfortable with wasd now because of fps's. and the shoot button on keyboard should use the same hand as movement. its uncomfortable to keep both hands on the keyboard

Thank you so much, hopeWHG! We're glad you enjoyed the game. 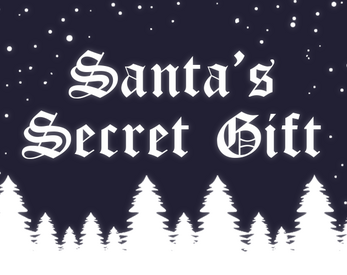